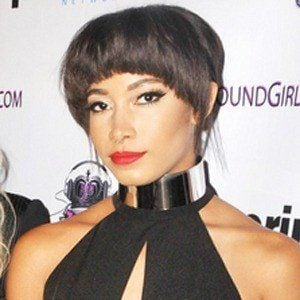 Los Angeles based model who is recognized for being a face of L'Oreals Dark and Lovely Fade Resist product. She was also featured in a street style editorial run by Galore magazine in June 2016.

She was featured in a 2014 issue of Alternative Apparel.

She is the daughter of hip-hop maven Charli Baltimore.

India Lane Is A Member Of