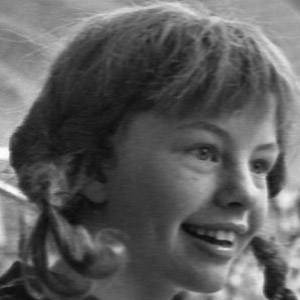 Best remembered for her childhood title role in the late 1960s Swedish television version of Pippi Longstocking, she also appeared in several 1960s and 1970s films based on the story of the red-headed heroine.

She became famous during her childhood years as Pippi Longstocking; after she finished playing the popular character, she took a secretarial job in Stockholm, Sweden, and only occasionally appeared in television series, films, and stage plays.

In the mid-1970s, she earned a Spanish TP de Oro Award for her portrayal of Pippi Longstocking.

She appeared with German actress Heike Makatsch in a 2000 Swiss movie titled Gripsholm.

Inger Nilsson Is A Member Of