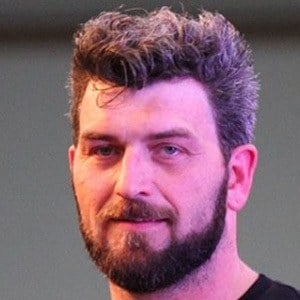 German actor and model who was best recognized for his recurring roles on television series'. He is known for having starred as Alex Kowalski on the 2013 series Koln 50667 and for having appeared on the Team 13 - Friendship Counts series.

He started his career as a model, gaining attention in 2007 when he was photographed for a Silke Drechsler calendar. He then launched his acting career when he made his debut on the soap opera Cologne 50667 on the RTL II network.

He is also known for having moderated and hosted the Tattoomenta event in Kassel in 2015.

He is known for having been an ambassador for the People in Need group alongside coach Gerald Asamoah.

Ingo Kantorek Is A Member Of