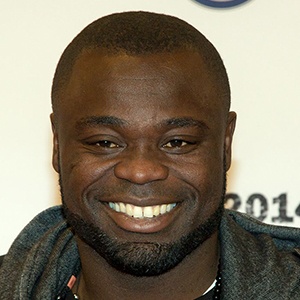 Forward who represented Germany at the FIFA World Cup in 2002 and 2006. He played for FC Schalke 04 from 1999 to 2010, winning DFB-Pokal, DFB-Ligapokal and UEFA Intertoto Cup titles during that span.

He moved from Ghana to Germany in 1990 and began competing for VfV Hainholz as a youth player the same year.

His work on behalf of refugees earned him the FIFA Fair Play Award in 2015.

He married a woman named Linda, with whom he has children named Jada, Jaden and Jerilynn.

He was managed by Jurgen Klinsmann on the German national team.

Gerald Asamoah Is A Member Of