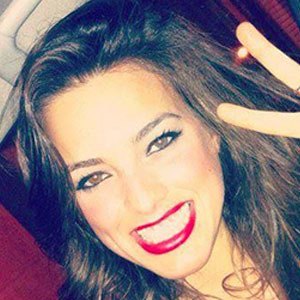 Spanish television host and influencer who is known for her work as a journalist for the Athletic Bilbao series. She is also a blogger known for running the website IST where she specializes in travel, fashion, maternity, health, and lifestyle related content.

She originally studied Human Nutrition and Dietetics. She started her blog in August of 2014 focusing mainly on health oriented content.

She is an ambassador and influencer for several different brands and companies including Freshly Kids, Zoco Comidero-Bar, and Sisley Paris Spain.

She married professional football player Ibai Gómez at the Palacio el Molinar in April of 2016. They have a daughter named Aiala and a son named Marko.

She is known for being friends with fellow social media influencer and football wife Andrea Sesma and often shares photos of them together to her Instagram.

Íngrid Betancor Is A Member Of