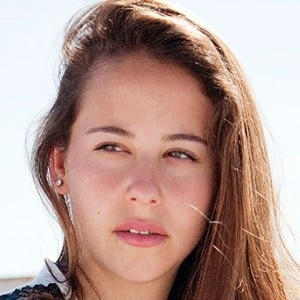 Actress who has risen to fame for her career in Spain's film industry. She won the 2016 Goya Award for best new actress for her work on the 2015 film Un otoño sin Berlín.

She earned her first on-screen acting credit in the 2003 film Imagining Argentina. She trained in acting at the Royal Academy of Dramatic Arts during an intensive.

She won the 2016 Cinema Writers Circle Award for best new actress for her performance in Un otoño sin Berlín. She starred in the 2018 Spanish comedy Las leyes de la termodinámica.

She is a sixth generation actor in her family.

She and Berta Vázquez starred together in the 2018 film Las leyes de la termodinámica.

Irene Escolar Is A Member Of