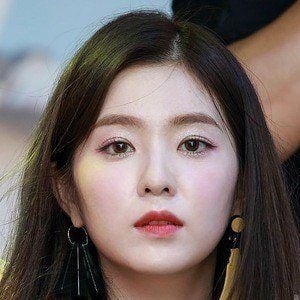 Singer, rapper, and dancer best known as one member of the K-pop band Red Velvet. The band has won a number of music and choreography awards since their debut in 2014, including Best Rookie at the 2015 Korean Entertainment Arts Awards.

She first rose to fame appearing in music videos like Henry Lau's "1-4-3 (I Love You)." She was the second of Red Velvet to be cast in the group, joining in 2009.

In May 2015, she made her screen debut as a co-host of the television series Music Bank.

She is joined in Red Velvet by fellow K-pop singer Seulgi.

Irene Is A Member Of