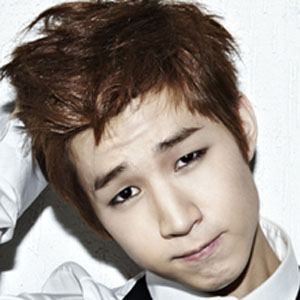 Canadian singer, songwriter, and music producer who is best known as a former member of the Chinese boy band, Super Junior-M.

He was one of only two performers chosen through a 2006 Toronto audition for the Korean record label S.M. Entertainment Global.

He studied briefly at the University of Toronto. Later, he attended Boston's Berklee College of Music.

He was born in Toronto, Ontario to a Taiwanese mother and a father from Hong Kong. He has a sister named Whitney and a brother named Clinton.

He and fellow singer Han Geng debuted with Super Junior-M (a Chinese sub-group of the South Korean boy band, Super Junior), in 2008.

Henry Lau Is A Member Of