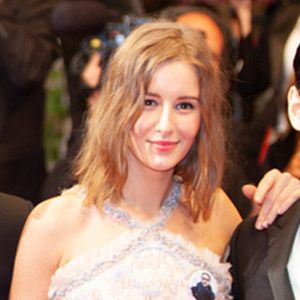 She was raised in Moscow, Russia. She made her acting debut on the series Pereezd in 2013.

She is a theater actress who has performed at the Gogol Center in Moscow.

She is the cousin of actress Anna Starshenbaum.

Irina Starshenbaum Is A Member Of