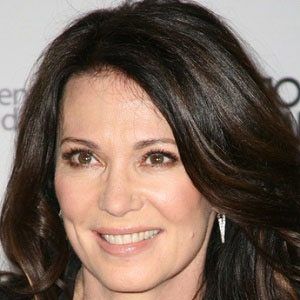 Notable for her starring roles in the German television shows Das Erbe der Guldenburgs, Rosa Roth, and Angelo und Luzy, she is also recognized for her work in the films Traumfrauen (2015), Miss Sixty (2014) and The Pursuit of Unhappiness (2012).

The daughter of restaurateur parents, she spent her youth in Hamburg, Germany. She made her screen acting debut in the 1969 feature film Der Mann mit dem Glasauge.

In 2015, she went into production for the German television series Capelli Code.

She had lengthy relationships with Heiko Kiesow, Israeli musician Abi Ofarim, and Gabriel Lewy. Her son, Oliver, was born in the early 1970s.

Early in the second decade of the 2000s, she and Bruno Ganz became co-presidents of the German Film Academy.

Iris Berben Is A Member Of