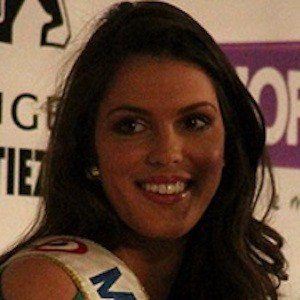 French model and pageant contestant who was named Miss Universe 2016 representing France. She was the first Frenchwoman to win the Miss Universe title in decades.

She has commanded a strong social media presence, with more than 2.9 million followers on Instagram alone.

She was born to Yves Mittenaere and Laurence Druart. She has dated dentist Matthieu Declercq.

Iris Mittenaere Is A Member Of