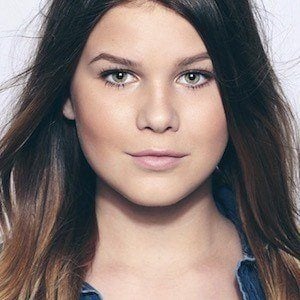 Got her start playing Caro Out in the Dutch youth series SpangaS. She then reprised her role in the 2018 spinoff Spangas op Zomervakantie.

She didn't have any prior acting experience before making her debut in SpangaS in 2016.

A vlogger as well as an actress, she launched a self-titled YouTube channel where she earned more than 30,000 subscribers posting vlogs, Q&As, and beauty tutorials.

Born a boy, she identified as a girl from an early age. She has one brother.

She appeared on SpangaS alongside Valentijn Avé and Ridder van Kooten.

Iris Amber Stenger Is A Member Of