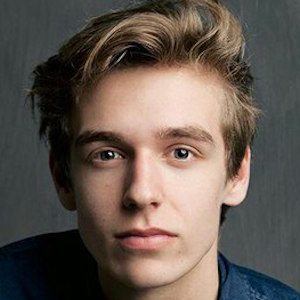 Known for his role as Jacq in the 2014 show Spangas, he is an all-around entertainer as an actor, singer, dancer, model and performer.

In 2009, he auditioned for a part in a production of The Sound of Music. In 2010, he booked the role of Tommy in a musical production of Doctor Doolittle.

He trained at the Lucia Marthas Dance Academy in Amsterdam after previously attending art and theater schools.

It took convincing for his parents to finally allow him to pursue an entertainment career.

He and Gijs Blom are both Dutch actors who have performed onstage and onscreen.

Ridder van Kooten Is A Member Of