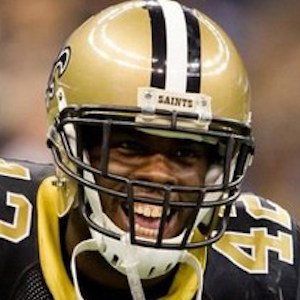 Defensive back who began his NFL career with the Detroit Lions. In March 2016, he signed a 3-year, $12.75 million contract with the Miami Dolphins.

He played college football as a student-athlete for Fordham University.

During the 2015 season, he had his breakout season with the Lions, playing free safety after previously playing predominantly on special teams from 2011 to 2014.

He was born and raised in Newark, New Jersey.

He played alongside safety Glover Quin on the Detroit Lions.

Isa Abdul-Quddus Is A Member Of