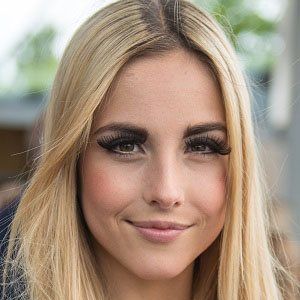 Known as "ISA", she is a Swedish singer and songwriter who gained national attention when she appeared on the 2015 edition of the music competition show Melodifestvalen.

She spent her early years participating in various singing competitions, and released her first single, "Bomb," in the summer of 2012.

Her 2015 single "Don't Stop" has topped the charts in Sweden and Turkey.

She has two brothers, one older, one younger.

At age 5 she participated on the children's talent show, Småstjärnorna, were she made waves with her imitation of Swedish pop icon Jill Johnson, singing "Crazy in Love."

Isa Tengblad Is A Member Of