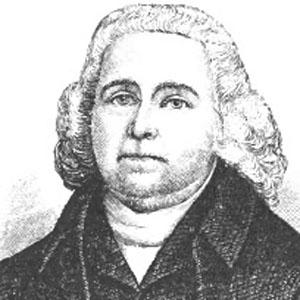 Remembered for his impassioned sermons on the necessity of separating church from state, this eighteenth-century Baptist minister, orator, and writer was a prominent figure in Revolutionary-era New England. He served as a Massachusetts delegate to the 1788 committee that ratified the United States Constitution.

After attending a Separatist Congregationalist church for half a decade, he became an ordained preacher. Beginning in 1751, he served the congregation of Middleborough Baptist Church in Massachusetts.

His important publications include Government and Liberty Described and Ecclesiastical Tyranny Exposed (written in 1778) and An Appeal to the Public for Religious Liberty, Against the Oppressions of the Present Day (delivered as a sermon in 1773).

Born and raised in Yantic, Connecticut, he later settled in Middleborough, Massachusetts.

He was greatly influenced by the ideas of Great Awakening leader and fellow eighteenth-century religious figure Jonathan Edwards .

Isaac Backus Is A Member Of