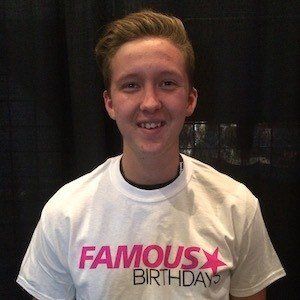 Vine star who accumulated more than 150,000 dedicated followers by posting short dance clips to popular songs. He gained fame as a member of the Coffee Vining family.

He followed after his father in 2013 by posting his first Vine, captioned "#puppetman with #jasoncoffee drinking coffee," to his personal account.

A talented singer and guitar player, he often posted short clips performing on his Vine account.

His father, Jason Coffee, became an insanely popular Vine comedian. His sister Peyton and brother Caleb often appeared alongside him in Vines on their father's account. His mother's name is Chassy.

Much like Corey Scherer, he is a dancer who became popular on Vine.

Isaac Coffee Is A Member Of