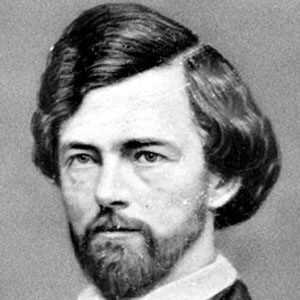 The initial Governor of the Washington Territory, he also represented his constituency in the United States House of Representatives from 1857 until 1861. Also a Union Army soldier during the Civil War, he died at the Battle of Chantilly in Fairfax County, Virginia.

He was responsible for a number of controversial Washington Territory treaties that forced several Native American tribes to sign away their land rights.

His marriage to Margaret Hazard Stevens produced four daughters and one son.

He was appointed Governor of the Washington Territory in 1853 by then-United States President Franklin Pierce.

Isaac Stevens Is A Member Of