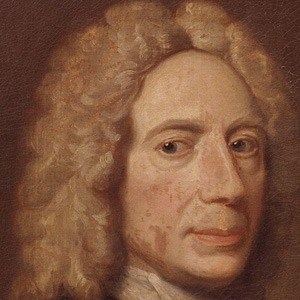 A British hymn composer, poet, and theologian, he is credited with more than 700 hymns, including the famous "Joy to the World."

Also a logician, he published a 1724 textbook with the lengthy title of Logic, or The Right Use of Reason in the Enquiry After Truth With a Variety of Rules to Guard Against Error in the Affairs of Religion and Human Life, as well as in the Sciences.

He grew up in a family of religious Nonconformists, and his father was twice imprisoned for his beliefs.

His poem, Against Idleness and Mischief, was parodied by author Lewis Carroll in Alice's Adventures in Wonderland.

Isaac Watts Is A Member Of