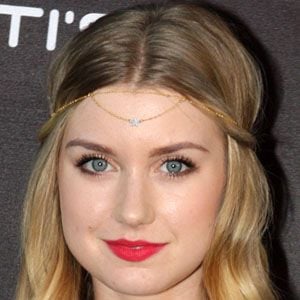 Star on the Australian television drama Dance Academy in the role of Grace Whitney who joined the show during its second series.

She competed on the third season of So You Think You Can Dance and made it the top 20 on the show.

She is from Sydney, Australia. She has posted photos to Instagram with her niece.

She starred on Dance Academy with Jordan Rodrigues.

Isabel Durant Is A Member Of