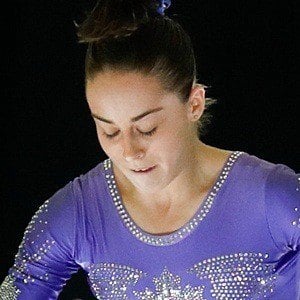 Canadian artistic gymnast who represented her country at the 2016 Summer Olympics and placed ninth in the team finals. She became widely known after winning the individual all-around at Elite Canada and the national championships in 2016.

She has been competing since the age of eight for her hometown team the Brandon Eagles and made her debut at the FIG World Championships in 2014.

Her best event is the balance team, in which she became the 2014 National Champion.

She was born to parents Daniel Onyshko and Paula Moreira. She has a younger brother named Steve and a sister named Catarina. She started gymnastics at the age of six.

Isabela Onyshko Is A Member Of