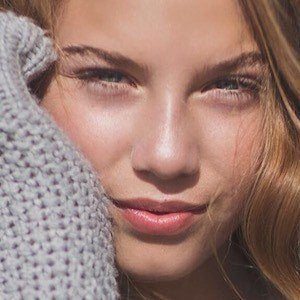 One half of the sister modeling duo Isabella & Sophia Canepa. She has become a face for numerous companies from Kohls to Justice to FabKids. She and her sister Sophia have also become social media superstars, earning more than 80,000 followers on Instagram.

She and several of her siblings entered the modeling industry in June of 2012.

Some of the companies that she has modeled for include Walmart, American Girl, and Old Navy.

Her younger sister, Sophia, is also a model and their joint Instagram account is managed by their mother, Leah. Her brothers, Andrew and Mark, are also immersed in the entertainment business. She also has two other brothers.

She and her sister met Kickin It star Dylan Snyder while at their agency, Osbrink.

Isabella Canepa Is A Member Of