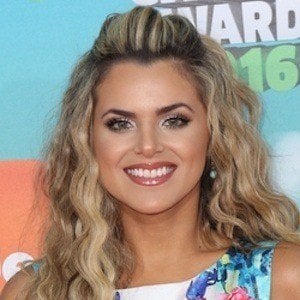 She began singing at age five and won the first place prize as well as the Most Promising Artist Award at the USA World Showcase MGM.

She won a 2013 Kids' Choice Award for Favorite Latin Artist.

Her mother was a singer named Delia Díaz de Villegas and her father, Jose Castillo, was a percussionist. She has an older sister who is a musician as well.

She co-stars with Sol Rodriguez on Grachi.