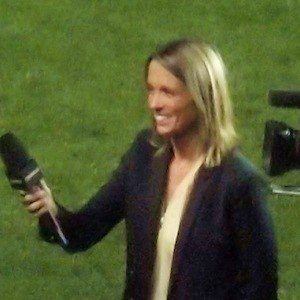 Sports journalist and television presenter most well known for commentating on Italian Rugby. Hired by Infosport+ in 2009, she has been seen hosting shows like Sports Dimanche, L'Édition du Soir and La Matinale Sports.

She began her career as a beauty pageant competitor and took the title of Miss Pau-Béarn in 2001.

A talented singer, she competed on the fifth season of Nouvelle Star in 2005.

She married Argentinian rugby player and coach Gonzalo Quesada in 2010.

She competed against winner Julien Doré on the fifth season of Nouvelle Star.

Isabelle Ithurburu Is A Member Of