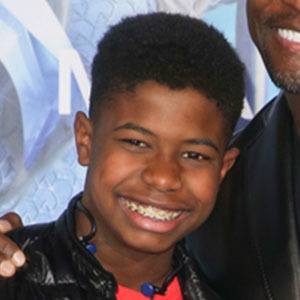 Originally gained fame as the son of actor Terry Crews. An actor himself, he was cast to star in the Nickelodeon TV series Side Hustle as Munchy in 2020.

He first gained public renown for his starring role alongside his family on the BET reality TV series The Family Crews.

He appeared at the 2018 Gamers' Choice Awards. He is often pictured with his dad in public.

He has four siblings. His mom is Rebecca Crews.

He and Jayden Bartels were cast to star together on the TV series Side Hustle.

Isaiah Crews Is A Member Of