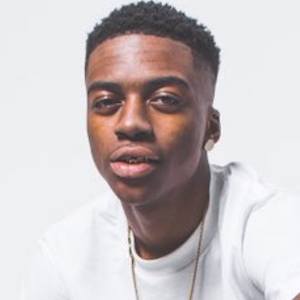 Rapper who rocketed to fame after his single "Too Bad" was promoted by Kick-Ass and Carrie star Chloe Grace Moretz on Twitter. His music has gone on to be featured in publications like Complex and the Source and he's become incredibly popular on the music sharing site SoundCloud.

He joined his older brother's group called NoNam3 while he was a freshman in high school. However, after they'd graduated he abandoned hopes for a rap career until his music teacher convinced him to continue to hone his talents.

He released his debut mixtape, Old Soul Young Spirit, in March of 2015 to SoundCloud.

His birth name is Ishmael Ali. He got the name Ish Darr fusing his first name and the name Darr from his mother's side of the family. He gained his love of hip-hop from his father and honed his talents with his older brother.

Ish Darr Is A Member Of