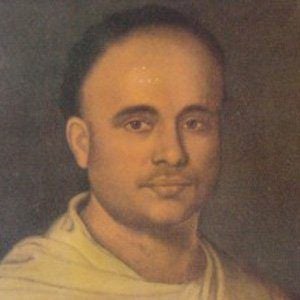 An author and prominent figure of the Bengali Renaissance, he famously reformed the Bengali alphabet. His literary works include Upakramanika and Shakuntala.

His impoverished family could not afford a gas lamp; consequently, the young Vidyasagar was forced to study by the light of street lamps.

His expertise in Sanskrit studies and philosophy earned him the title of "Vidyasagar" ("Ocean of Knowledge").

He was the son of Thakurdas Bandyopadhyay and Bhagavati Devi.

His praises were sung by the Nobel Prize-winning writer Rabindranath Tagore.

Ishwar Chandra Vidyasagar Is A Member Of