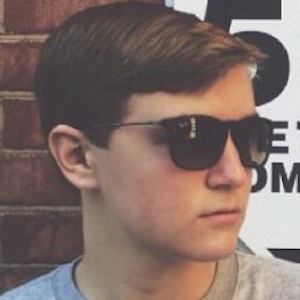 Social media influencer who established himself through his six-second comedy videos on the app Vine. He also became extremely popular on YouTube on his It's Just Luke channel, which he would later relaunch under the name Luke Abercrombie.

He finished with over 400,000 followers on Vine. His Luke Abercrombie channel grew to over 450,000 subscribers.

He has two sisters named Megan and Sara and brothers named Kyle and Trey.

He posted a Vine in 2015 where he did an impression of Curtis Lepore.

Luke Abercrombie Is A Member Of