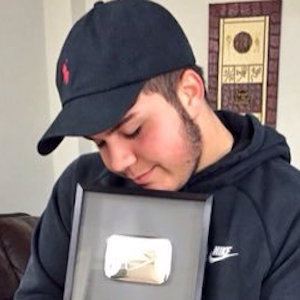 YouTuber who became known for his Call of Duty: Black Ops and Advanced Warfare videos, with an emphasis on how to acquire certain items. He earned more than 950,000 subscribers to his channel before it was terminated.

He uploaded his first video in January of 2012, but his channel didn't really start to take off until late 2013.

Although he focused on Call of Duty, four of his most-viewed videos were of GTA V. From November of 2014 to April of 2015 he gained more than 50,000 subscribers.

His real name is Airon and he has a younger brother named Matt. He grew up in Canada.

He and Austin Pamajewon both became known for their COD videos.

iTanKid Is A Member Of