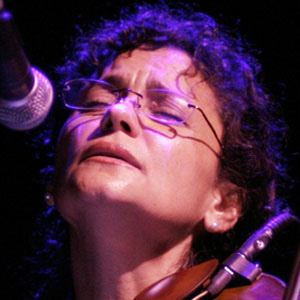 Avant-garde violinist, singer, composer, and actress who has appeared on more than thirty albums.

She took ballet as a child.

She acted in the 2003 film Zelary, for which she was nominated for the Academy Award for Best Foreign Language Film.

Her father, Koloman, was a famous Slovakian musician.

She dubbed over Christina Ricci's voice for the Czech release of the 2000 film The Man Who Cried.

Iva Bittova Is A Member Of