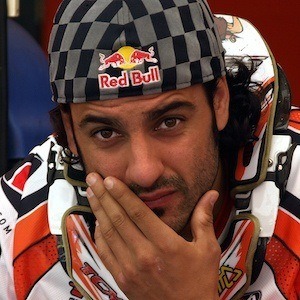 With a passion for racing early on, he earned recognition in 2005 at the age of 23 when he made racing history by becoming the first Spanish enduro world champion in category E1 enduro.

He has won several awards for his competitions including in 2007 when he won the world championship in the E3 category.

He was born and raised in Cambrils in Tarragona, Spain.

As a motorcycle racer, he can is analogous to other world champions including Giacomo Agostini, Angel Nieto, and Valentino Rossi.

Iván Cervantes Is A Member Of