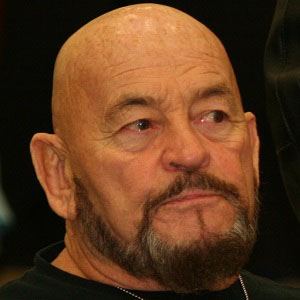 Canadian professional wrestler nicknamed "The Russian Bear" most famous for his years in the World Wrestling Federation, where he became a World Heavyweight Champion. He was inducted into the Professional Wrestling Hall of Fame and Museum in 2011.

He began training at the wrestling school run by Jack Wentworth in Ontario at age eighteen and debuted as the heel Red McNulty.

He appeared on the very first Eastern Championship Wrestling card in 1992.

His birth name was Oreal Perras. He had four children with his wife Renae.

He wrestled Superstar Billy Graham for the WWE Heavyweight crown in the 70's.

Ivan Koloff Is A Member Of