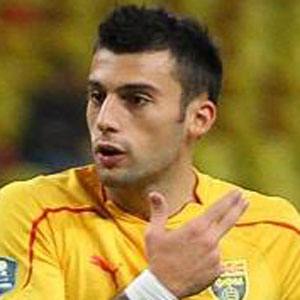 Macedonian footballer known for playing the Striker and Winger positions for the Belgian club, Brugge.

He qualified for the 2004 Under-17 European Football Championship, and went on to play for the Macedonian Under-19 and Under-21 teams.

He has played for Red Star Belgrade and Waasland-Beveren, among other football clubs.

His family lived in the Macedonian city of Skopje at the time of his birth.

He was born in the same year as Belgian footballer, Jan Vertonghen.

Ivan Trickovski Is A Member Of