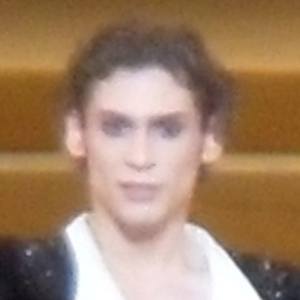 Ballet dancer who became the first soloist when he joined the Bolshoi Ballet at the end of 2006. He performed the leading roles in the Spartacus, Don Quixote, and The Nutcracker. He can be found on Instagram under the handle vasiliev.art.

He studied at Bielorussian Ballet School, where he graduated in 2006.

He won several prizes early on in his dance career including First Prize and Best Dancer Prize at the Arabesque-96 Ballet Competition in 2005 and Honoured Artist of Russia in 2014.

He married Maria Vinogradova in 2015.

He and Svetlana Lunkina are both ballet dancers who have performed in Don Quixote and The Nutcracker.

Ivan Vasiliev Is A Member Of