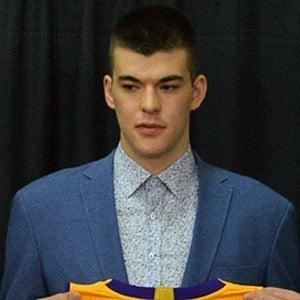 Second round selection of the Los Angeles Lakers in the 2016 NBA Draft who plays the center position.

He played overseas for Cibona Zagreb, KK Zrinjevac Zagreb and the Mega Leks of Serbia before heading to the United States.

He helped Croatia capture the silver medal at the FIBA U19 World Championship.

He was born in Mostar, Bosnia and Herzegovina.

His NBA debut came as a fill-in starter for Timofey Mozgov during his rookie year as a Los Angeles Laker.

Ivica Zubac Is A Member Of