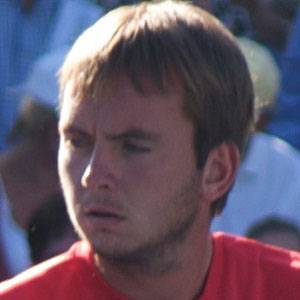 Czech tennis player who won the BMW Open doubles title with Jan Hernych in 2009. He later won the 2012 Davis Cup as a member of the Czech Republic team.

He won the European Junior Championships at age sixteen.

He was suspended from the sport for eight months after testing positive for the banned substance methylhexanamine.

Ivo Minar Is A Member Of