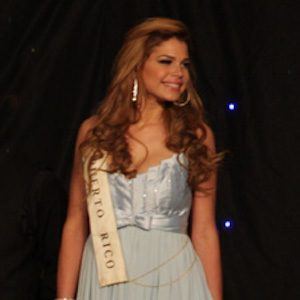 Media personality who is famous for having been named Miss Puerto Rico in 2008. She has also hosted the WAPA TV talk show ¡Viva la tarde!, and appeared widely as a contributing personality on Pasapalabra in 2009.

She originally represented the San Juan municipality during the 2008 Miss Puerto Rico competition. She won, and would go on to compete at the Miss World 2008 pageant.

She finished as a top fifteen semi-finalist at the 2008 Miss World beauty pageant. She made a 2010 appearance on the Spanish sketch comedy TV show La hora de José Mota.

She has two daughters.

She has appeared on Spanish TV alongside Jose Mota.

Ivonne Orsini Is A Member Of