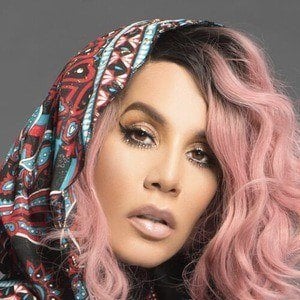 Puerto Rican singer who sang the hit track "Quiero bailar." She won multiple awards for her hit single "Dime," including Urban Song of the Year.

She grew up in New York and Puerto Rico. She appeared in The Vagina Monologues, a play by Eve Ensler.

She is known for having raunchy and violent lines in her songs and also goes by the nickname Queen of Reggaeton.

She has a daughter named Naiovy Kháli Star Sánchez. She was previously married to Gran Omar, and she dated DJ Urba.

She has collaborated with Wyclef Jean.

Ivy Queen Is A Member Of