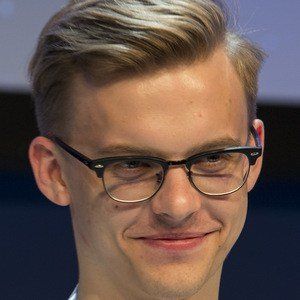 Singer best recognized for winning the sixth season of Estonia Is Looking for a Superstar. He then went on to compete in Eesti Laul, the 8th Estonian Song Contest in order to compete in the internationally renowned Eurovision Song Contest.

He made his debut on Estonia Is Looking for a Superstar in April 2015, singing the James Brown single "It's a Man's Man's Man's World."

He released his debut eponymous album in 2015.

He is a popular singer from Estonia.

He is friends with fellow Estonian and Eurovision song contest competitor Elina Born.

Juri Pootsmann Is A Member Of