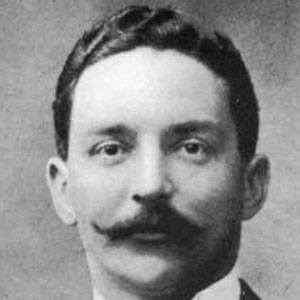 English businessman remembered for being one of the survivors of the 1912 sinking of the RMS Titanic. At the time of the disaster, he was the Chairman of the White Star Line shipping company.

He became the head of White Star line after the death of his father and the company's founder, Thomas Ismay, in 1899.

He has been depicted in many dramatized versions of the sinking of the Titanic, including the 1958 film A Night to Remember and the 1997 blockbuster Titanic.

He was survived by his wife, Florence Schieffelin, whom he married on December 4th, 1888.

He survived the sinking of the RMS Titanic, which was captained by Edward Smith.

J Bruce Ismay Is A Member Of