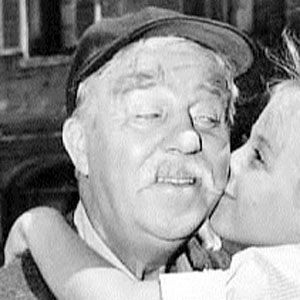 Remembered for his memorable guest star roles on such American television series as The Rebel, Black Saddle, and Perry Mason, this English-born performer also frequently worked as a voice actor, contributing to such animated films as Alice in Wonderland and The Jungle Book.

Before pursuing a screen acting career in the United States, he sang and recorded popular songs with Jack Hylton's United Kingdom-based orchestra.

He played the role of Hynes in the popular movie Lassie Come Home. Also a stage actor, he performed in Broadway productions of Dial M for Murder and Ten Little Indians.

Born James Patrick O'Malley, he grew up in Lancashire, England. His marriage to Fay M. O'Malley resulted in two children.

He appeared with Gene Kelly in several episodes of the 1960s ABC series Going My Way.

J Pat O'Malley Is A Member Of