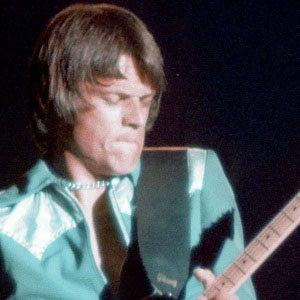 Lead guitarist and founder of the rock band The J. Geils Band, who had the number one hit "Centerfold" in 1982.

He got a degree in engineering from Worcester Polytechnic Institute.

His band was originally called Snoopy and the Sopwith Camels but, in the late '60s, he began playing electric guitar and changed the name.

He spent most of his life living in and around Massachusetts.

J. Geils Is A Member Of