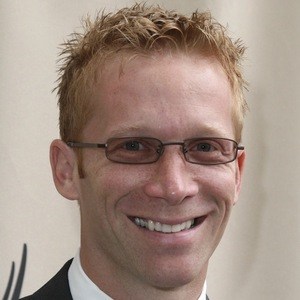 American television personality most known for hosting and co-creating The Biggest Loser and Opportunity Knocks.

As a child, he appeared in numerous television commercials.

He hosted a game show series called GamePro TV and also produced a show based on the popular Mad Libs word game.

He and his wife Christine became parents to two sons: Cooper and Duncan.

JD Roth Is A Member Of