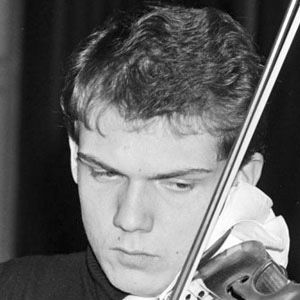 Violinist who became the concertmaster of the Concertgebouw Orchestra at the age of eighteen, the youngest concertmaster at the time to hold the position.

At age five, his father taught him how to play violin; after winning a competition when he was fifteen, he attended the Juilliard School.

He married Aaltje van Zweden–van Buuren and with her he has a daughter named Anna-Sophia and three sons named Daniel, Benjamin, and Alexander.

He recorded the complete symphonies of Ludwig Van Beethoven with the Residentie Orchestra in The Hague.

Jaap Vanzweden Is A Member Of