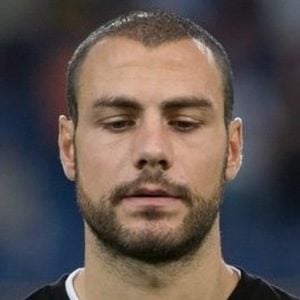 His professional career first began in 2003 when he started playing professionally for the Dinamo Tbilisi F.C. The following year he debuted for Georgia's national team. In 2010 he was loaned to the Kryvbas Kryvyi Rih club and in 2018 he was acquired by the Tobol club.

In March of 2014 he saved the life of fellow player Oleh Husyev after he was knocked unconscious in a collision and swallowed his tongue. Thinking quickly, he dislodged Husyev's tongue and cleared his airway, saving his life. He was subsequently awarded the Order of Merit in April of 2014.

He was born and raised in Tbilisi, Georgia.

Kakha Kaladze is a fellow professional player who has been a part of both Georgia's national team and the Dinamo Tbilisi F.C. as well.

Jaba Kankava Is A Member Of