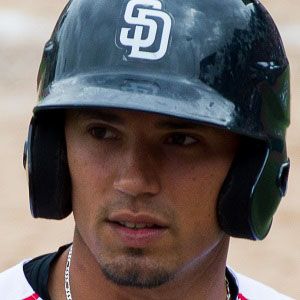 Second baseman who was drafted by the San Diego Padres in the first round of the 2011 MLB Draft and made his major league debut in 2014. He was previously a two-sport athlete at McNeese State University, where he was named the Southland Conference Scholar-Athlete of the Year.

His first major league home run was a grand slam against Miami Marlins pitcher Mat Latos in May 2015.

He was born in Lake Charles, Louisiana.

He joined All-Star first baseman Freddie Freeman in Atlanta in 2015.

Jace Peterson Is A Member Of