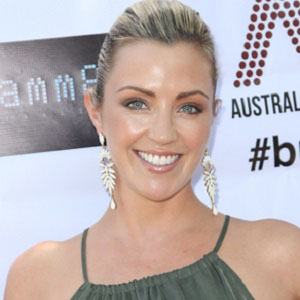 Best known for her role as Amy Greenwood on the popular soap opera Neighbours, she also had recurring roles on such Australian series as Stingers and MDA.

As a child, she appeared in such Australian kids' television series as Genie from Down Under and The Flying Doctors.

She acted in two episodes of the Australian police series Blue Heelers.

Her actor brother, Sullivan Stapleton, has appeared in such films as Gangster Squad and Animal Kingdom.

She appeared with series star Georgie Parker in close to a dozen episodes of the Australian television series All Saints.

Jacinta Stapleton Is A Member Of