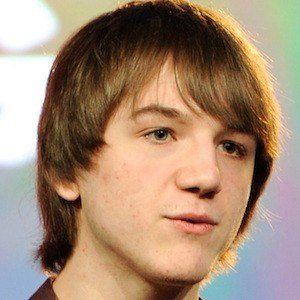 Inventor and cancer researcher who, at fifteen, created a sensor to detect early stage pancreatic, ovarian, and lung cancers. He has been awarded numerous public service awards, including the 2014 Jefferson Award, and has gone on to speak to young adults around the world.

He was partially inspired to create his cancer detection system after the death of a family friend. However, he didn't fully reach his epiphany until a fateful biology class lesson on antibodies.

He is passionate about white-water kayaking and was previously a member of the National Junior Wildwater Team.

His father, Steve, is a civil engineer, and his mother, Jane, an anesthetist. His older brother, Luke, won $96,000 at the 2010 Intel International Science and Engineering Fair and was later awarded the MIT THINK award.

In October 2013, he made a guest appearance on the Colbert Report, a show hosted by Stephen Colbert.

Jack Andraka Is A Member Of