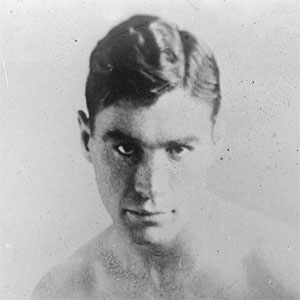 Three time holder of the World Welterweight title who set a record by appearing in 37 title bouts.

He was a talented youth fighter, before making his professional debut as a 19-year old.

He was born in Clinton, New York.

His 1922 fight against Mickey Walker is the influence for the story "Fifty Grand" by Ernest Hemingway.

Jack Britton Is A Member Of