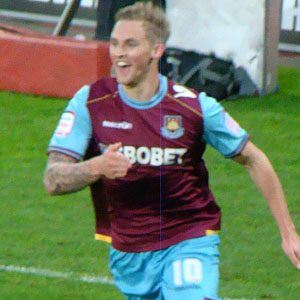 Midfielder from England most famous for his days with West Ham United, where played at the senior level from 2007 to 2014. He won the Football League Championship title with the team in 2011-12.

He grew up in Shefford, Bedfordshire and began playing youth soccer with Peterborough United in 1998.

He was named BBC's London Young Footballer of the Year for 2009.

His father, Ian Collison, was tragically killed in a motorcycle accident while on his way to watch Jack play in a match against the Spurs.

He and Simon Church were both nominated for the Welsh Young Player of the Year award in 2008.

Jack Collison Is A Member Of